The introduction of up-to-date technologies to the economy of Tatarstan was discussed at a meeting of Tatneftekhiminvest-holding's Board of Directors chaired by President of the republic Rustam Minnikhanov on 28 November. Read in Realnoe Vremya's report from the Government House on plans for the introduction of new fuel additives and catalysts that use renewable feedstock, use of digital twins of enterprises of the oil and petrochemical complex and development of a circular economy in Tatarstan, which is aimed to minimise waste and environmental pollution.

Russia remains a nation of heavy drinkers, but alcohol consumption has fallen 43 percent from 2003 to 2016, a key factor in the country's rapid rise in life expectancy, the World Health Organization said on Tuesday.

Russian President Vladimir Putin has signed a law regulating the production and trade of fuel ethanol. The regulation had already been adopted by the State Duma on November 13, 2018 and approved by the Federation Council on November 23.

The state Duma adopted the law aimed at creating favorable legal conditions for the production of bioethanol. The document introduces the concept of «bioethanol» and determines the procedure for licensing its production. Under the ethanol means denatured ethyl alcohol produced during the processing of vegetable raw materials and containing no more than 1% water. Such alcohol used for technical purposes, in particular as fuel. 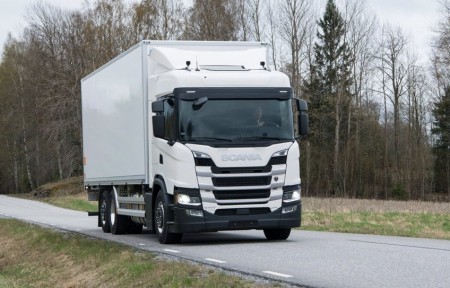 The company says the 410 horsepower vehicle can enable CO2 reductions of up to 90%.

The growing global sugar surplus as production outstrips consumption, means that there will have to be some consolidation of processing capacity, warns a report from the London-based sugar desk of analyst Marex Spectron Research. 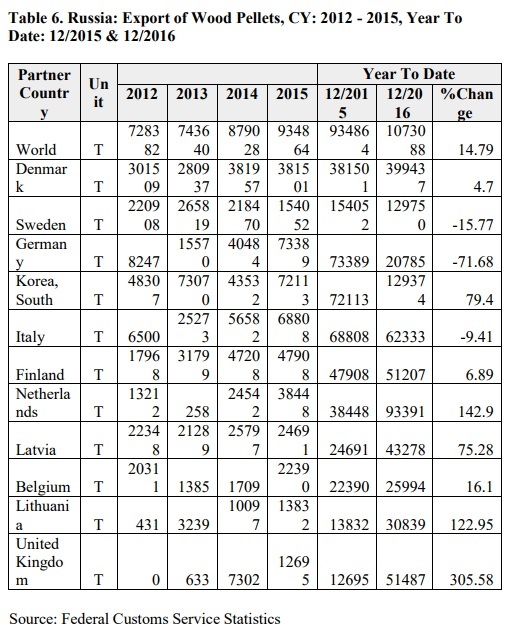 The Russian Federation recently filed its annual biofuels report with the USDA Foreign Agricultural Service's Global Agricultural Information Network, reporting wood pellet production and exports are expected to increase by 10 percent this year, reaching 1.45 million metric tons. The increase is expected to be driven primarily by strong demand from Europe and more interest from Asian markets, along with a soft ruble and increasing local consumption.

The USDA Economic Research Service has released updated 10-year agricultural projections through 2027. The report addresses a wide range of agricultural commodities, agricultural trade and aggregate indicators of the sector, including projections for corn and ethanol production.

As one of the world's leading producers and exporters of oil and gas, biofuels have an insignificant share in the overall energy production matrix of Russia, estimated at only 1.2 percent, with biomass accounting for only 0.5 percent. While there are no official statistics that measure the share of total energy production attributable to biofuels, it is estimated that at most biofuels accounts for five percent of Russia's heating energy and one percent of its electrical power. The development of the biofuels sector has never been a priority for the government in the past, and currently, with the strong focus on development of import substitution and export support programs, biofuels is even less of a priority. No major breakthrough is expected at least in the short-term. Wood pellet production and exports will likely continue to increase by 10 percent or to 1.45 MMT in CY2017, driven primarily by strong demand from Europe and more interest from the Asian markets, soft ruble and increasing local consumption.

Forum & Expo "Biomass: Fuel & Power"
is dedicated to the trends and technologies in the production and use of lquid and solid biofuels.